«Exodus To The Land Of The Drone» looks like another move in Red Fog’s drifting between severe uneasy drone ambient and something like «micro-sound» ambient which was presented in previous (for DNA Production) Red Fog’s work called «Zone Of Avoidance».

The title speaks for itself: here Red Fog turns to his trademark, to the lengthy recurrent loops of heavy-breathing drones which soak everything around with low-frequency rumbling. Sometimes these drone layers find themselves massively pierced with crisp micro sounds of industrial origin. Sometimes they overwhelm, stun, deafen with multiply resonated hum fragments well-mixed and thrown straight in your face.

Each track presents its own sound snapshot of an inorganic world living its life quietly or loud. Find there soundtracks to various processes which occur right now in a tiny stone, metal piece, liquid drop or in a vast star system. 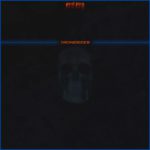 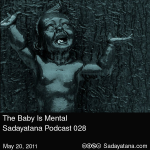