Hollow rooms packed with fragmented strings. Unending vibrancies overlay each other in various sound layers, in different times. Occasionally reached harmonies get broken immediately with next bunch of metal threads singing their own songs. Chants of crystalline grids, vibrations instead of words, resonances instead of melodies. Metal wind tears off metal leaves of metal trees’ twigs and drags them through hollow tubes of streets where mute streetcleaner strums his wire-made broom.

New Accasari work has no chance to disappoint: swarming guitar drones, vibrating chaos of chords, and so much atmosphere. 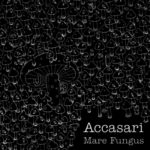 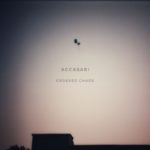 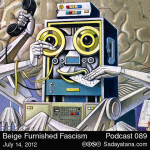 Epsilon Eridani, Accasari, Inner Struggle, The Large and others in Sadayatana Podcast #89